As the biggest city in central China, Wuhan has rich human sources, convenient transportation and open land. With the economy developing, more and more foreign restaurants enter this city. The three main foreign restaurant categories in this area are pizza, steak and fast food. 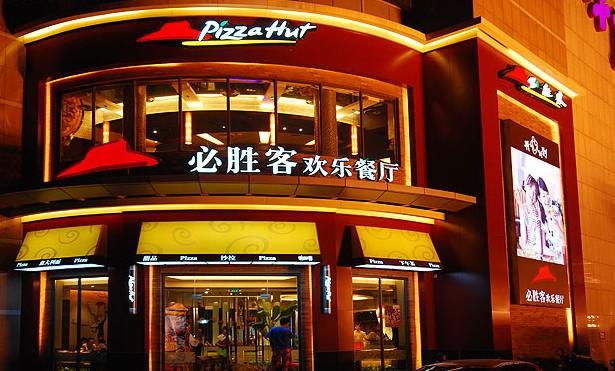 In 1990, Pizza Hut set up its first restaurant in China. And now it has more than 500 restaurants in more than 100 Chinese cities. There is no doubt that it has become the largest pizza restaurant chain in China. There are six Pizza Hut restaurants in Wuhan, and they are all very successful. Due to the foreign nature of pizza to inland Chinese citizens, Pizza Hut combined this foreign food with Wuhan’s local flavors to broaden its market, but at the same time, avoided completely assimilating to the local cuisine. From the year 2008, Pizza Hut formulated a strategy to change its menu every half year to cater to a variety of preferences. Every 6 months the chain offered more than 25% new researched foods. Instead of sticking to just pizza, the chain also began offering many other kinds of food such as cooked cereals, spaghetti, steak and soup. As a Wuhan local, I really know the importance of food to the community. By offering deals like family sets, Pizza Hut caters to the emphasis residents of Wuhan place on food. The six Pizza Huts in Wuhan are located near business districts with few competitors to optimize accessibility and competitiveness.

Steak restaurants are not difficult to spot in Wuhan, however, among the many foreign steak restaurants, Goyard is the most famous. Goyard is a French restaurant that offers haute cuisine. The restaurant provides an elegant atmosphere, delicious food, authentic French red wine and top-notch service. As a Wuhan local, I sometimes find articles introducing Goyard, but like most of the locals, I shrink back once I see the price. Another popular steak restaurant is Houcaller, a Chinese local brand. This restaurant offers western food but the managing philosophy fits better with Chinese culture. Though it canot offer the atmosphere of Goyard, it has its own unique characteristics. For example, the restaurant offers free fruit for all customers and after paying the bill, customers receive a discount coupon that can be used on their next visit. 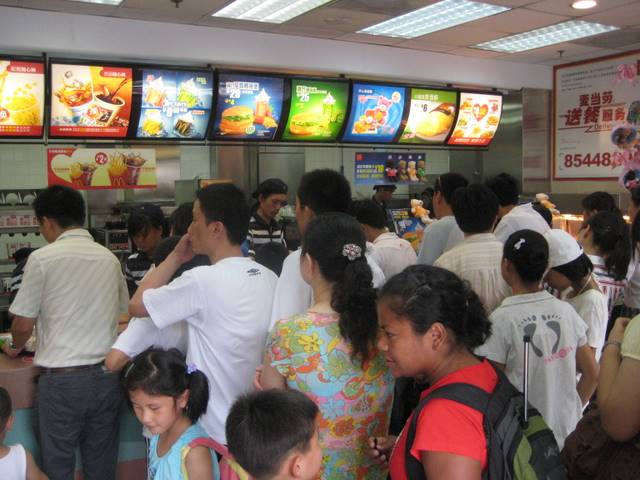 McDonald’s entered the Chinese market in the year 1990. Now it has 72 restaurants in Wuhan now. I think McDonald’s has a fantastic operation philosophy. At the beginning, McDonald’s mainly targeted customers who did not have much time and wanted food on the go, but later, it found out that its customers in Wuhan had a slower pace of life than its average customers. So they changed their managing philosophy to target children. It began offering family meals so parents could bring their children and enjoy a meal together. McDonald’s brand mission is to be its customers’ favorite place to eat and enjoy top-notch quality, service, cleanliness and value (QSC&V). With competition becoming fiercer, McDonald’s realized that it had to adapt to the constantly changing public demand. McDonald’s adjusts their food prices constantly and understands its customers. It recently launched an affordable set meal to satisfy most middle to low income customers. This combined with its numerous advertisements throughout the city has allowed McDonalds to succeed in Wuhan.