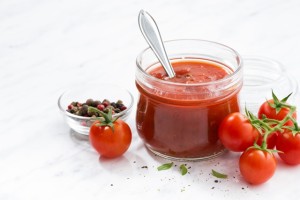 Mayonnaise, Ketchup and Sauces in China

Across the Globe, especially in Asia, sauces such, as Ketchup or Mayonnaise is not the king of condiment sauces. Unlike countries in North America or Europe where condiment sauces are not only minimally used but also minimal in variety; with ketchup, mayonnaise, steak, brown and mustard sauce to be an example. Instead, in Asia a wide variety of condiment sauces are used on a daily basis; each country has their own way of adding flavor to their food. Transparency Market Research, a U.S.-based market research firm, states that the market for condiments sauces have gained a net worth of US$6,137.01 million in 2014. The market is projected to grow at a CAGR of 5.85% between 2014 and 2020 and reach US$8,629.7 million by 2020.

The Market of Sauces in China In China, most Chinese citizens do not know what the term “ketchup” actually is, they go by the name “tomato sauce” which are widely used for fries or pizzas in Western Restaurants; Chinese cuisines do not use have sauces as such at all. In addition, the tomato is also a foreign identification; centuries ago, European missionaries followed the Silk Road on their journey to ancient China, bringing seeds of tomatoes and other western plants. The Chinese accepted the tomato and began to plant on it in its own land and has been named “foreign eggplant” (fanqie) in Mandarin. Today, China has become the world’s largest tomato paste producer and exporter with export volumes of processing tomatoes growing from 100,000 tons in 2000 to more than 600,000 tons in 2005.

Popularity of Mayonnaise Sauce in China

Just like the country itself, the culinary customs is rapidly diversifying among the Chinese people and expats embracing the range of products. Sales of baked goods have grown at an annual pace of 20%; western foods and desserts such as sandwiches, salads, pasta, frozen yogurt are being consumed more frequent than before. Mayonnaise, a creamy white spread for sandwiches, dips, and salads have been established as a must-have seasoning in China. Nonetheless, this popularity was not achieved overnight as local consumers felt that the half solid, creamy dressing as weird. In time, after many attempts of promoting and understanding consumer behavior, Kewpie has discovered a local custom of eating fruits with sweet seasoning. After much trial and error, Sweet Mayonnaise hit the selves for fruit salad and other desserts holding demonstrations at various supermarkets in Beijing and Shanghai. Consequently, Kewpie has generated about RMB 550 million in 2003 and expanded its Beijing factory with an eye tripling output capacity to 30,000 tons.

Chinese flavors around the world

Apart from that, globally China is well renowned for its mouthwatering, tasty and flavorsome cuisine. Chinese cuisine heavily relies upon a number of condiments sauces, below is a list of popular Chinese sauce condiments.

One of the most popular Chinese condiment sauces would be non-other than “Soy Sauce”. It is used in most of the Chinese cuisine and also acts as a condiment served on the side with main dishes. The revenue from Soy Sauce industry in China has been growing at an annual rate of 17.6% and it is expected to grow 7.5% to USD $20.1 billion. The soy sauce industry in China has been expanding due to the rise in income and consumption levels of the country.

China being the world’s largest population and the second largest economy has surpassed the United States as the world’s largest consumer market for food and beverages. A recent report has stated an annual growth of around 18% in food and beverages totaling around USD $98 billion in 2014. In conclusion, although condiments do not offer high nutritional value on their own,condiments are important components of food because it significantly changes the taste, appearance and effect of the food even though they are used in small quantities. As there is a correlation between condiments and food in which if consumption of food increases, the consumption of condiments also increases.

Our report on AI in China: