Recent moves by Unilever to raise 300 million RMB may appear modest in scale, but the decision by the consumer goods group behind Dove shampoo, Cornetto ice creams and Lipton tea to launch a so-called “dim sum bond”, denominated in RMB, has further underlined its Chinese ambitions. The Anglo-Dutch multinational has, by its own admission, faltered in the world’s biggest consumers market, for a long time leaving rival Procter &Gamble to forge ahead, but soon this may no longer be the case. Unilever’s Chinese revenues are increasing by about 15-20 per cent a year and now stand in excess of €1bn out of €44bn ($61.8bn) globally. Alan Jope, Unilever’s chairman for greater China recently states that Unilever’s “aim is to increase business in China five-fold in the 10 years from 2009.” 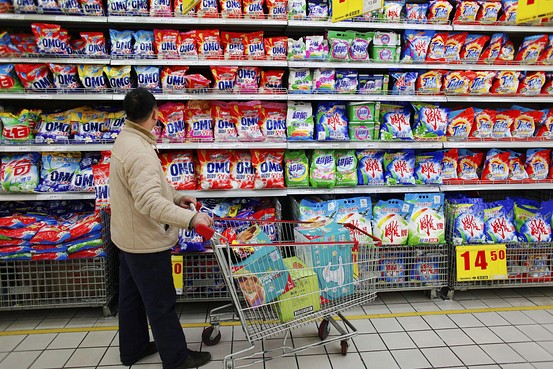 Unilever and its brands

Unilever is a British–Dutch multinational consumer goods company. Its products include foods, beverages, cleaning agents and personal care products. It is the world’s third-largest consumer goods company measured by 2011 revenues (after Procter & Gamble and Nestlé) and the world’s largest maker of ice cream. Unilever is a dual-listed company consisting of Unilever N.V. in Rotterdam, Netherlands and Unilever PLC in London, United Kingdom. Both Unilever companies have the same directors and they operate as a single business. The current non-executive Chairman of Unilever N.V. and PLC is Michael Treschow while Paul Polman is Group Chief Executive. Unilever owns over 400 brands, amongst the largest selling of which are Aviance, Axe/Lynx, Ben & Jerry’s, Dove, Flora/Becel, Heartbrand, Hellmann’s, Knorr, Lipton, Lux/Radox, Omo/Surf, Rexona/Sure, Sunsilk, Toni & Guy, TRESemmé, VO5 and Wish-Bone.

Unilever’s struggles in China date back to nearly a century ago. It first set up shop – or more accurately, soap factory – in 1923, before being banished after the Communist party took power in 1949. Unilever returned in 1986, under paramount leader Deng Xiaoping’s open-door policy, and proceeded to set up 14 joint ventures over the next seven or so years. Today’s consumers may be richer, but the market place is much more crowded. Unilever aims to gain a 30 percent market share across emerging markets with the remainder split more or less equally between fellow multinationals and local operators. Data point to a different dynamic in China. In laundry detergents, a category Unilever and P&G dominate across the globe, two local operators command the top slots with a combined 35 per cent market share. Unilever and P&G, according to data consultancy Euromonitor, rank third and fourth with market shares of about 8.5 per cent each.

Worldwide, Unilever derives 55 per cent of its sales from food and the balance from household and personal care. In China, only 25 per cent of sales come from food. Mr. Jope attributes this to legacy acquisitions or joint ventures, but some consultants say dark mutterings arise from emerging markets every time Unilever makes an acquisition in household or personal care. Some multinationals have shown a more pioneering spirit. Shoppers marvel at how, in deepest parts of central or western China, they have found bottles of P&G’s shampoos in ramshackle stores. Slower movers reckon they have the advantage of short-cuts. As the modern trade flourishes, with the likes of Carrefour of France and Walmart of the US proliferating across the country, it is easier to secure distribution without extensive sales networks or wholesaler agreements. Similarly, the “explosive growth of digital media” offers a new route to consumers’ hearts and wallets. Mr. Jope believes urbanization is the underlying dynamic that will help Unilever achieve its Chinese ambitions. He rattles off a list of the fastest-growing big cities: two in Inner Mongolia (内蒙古), Hefei (合肥) in Anhui (安徽) province, Shenyang (沈阳) in the north-east and Changchun (长春) in the north. “These are all growing like a weed. And most of your readers have probably never heard of any of them,” he says.

Chinese celebrities taking fierce legal actions against right infringement: what brands should look out for when collaborating with celebrities

Next steps in the Chinese Wedding industry: Customization, one-stop shops, and live-streaming reform the wedding market

The inebriating atmosphere of the bar industry in China