The history of the Korean movie industry from the silent screen to the present box-office blockbusters has been shaped by constantly-changing historical and cultural forces. There are three important moments in the development of Korean films: first in 1992, Marriage Story was financed by Samsung, marking the first non-government funded film. In 1999, Shiri was released and led to Korean films taking over 50% of the local market. Ultimately, My Sassy Girl became the most popular and hottest Korean film in history. As a huge success, “My Sassy Girl” help the Korean film industry enter into the Chinese market and introduced two Korean stars Jeon Ji-hyun (全智贤) and Cha Tae Hyun(车太贤) to Chinese film fanatics. In 2011, Ji-hyun played a role in “Snow Flower and the Secret Fan” accompanied by a famous Chinese actress Fan Bingbing. This film achieved over 25 million RMB in ticket sales in just three days after its release. Jeon Ji-hyun’s endorses for Hanhou(韩后), GUESS, Bestibelli, Samsung, The face shop, Elastic shampoo, Hana FOS, Jambangee, Olympus camera, and etc. 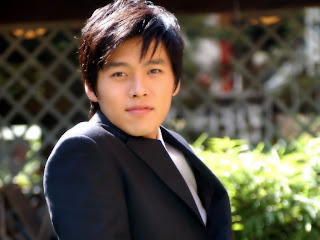 As an emerging film star, Hyun Bin(玄彬) continued his success in Korean dramas into the film industry, especially in 2010 when he played a role in “Late Autumn” with Tang Wei, who once acted in “Lust Caution” directed by Ang Lee. The film achieved revenues of over 60 million RMB in Chinese market and set a new record for Korean films in the Chinese box office. Once he became an established super star in the Korean film industry, Hyun Bin began attending more commercial activities, for instance, his endorsements are Samsung Smart-TV, LG X-NOTE, Laneige Homme, Miseenscene, Somang Beauty credit, DOHC, SIEG, CASPI CONUS, BON, I’m David, Paris Bagutte, Hite beer, etc.

Song Hye Kyo(宋慧乔) is both a South Korean model and actress. She gained popularity through television dramas such as “Autumn in My Heart” (2000), “All In” (2003), and “Full House” (2004). Then in 2007, she won Best New Actress in Korean Film Awards because of her role in “Hwang Jin Yi.” In 2011, she won another acting award in Korean Film Awards because of her role in “A Reason to Live“. Such awards suggest that Song Hye Kyo has successfully transitioned her career from dramas into the film industry. Besides, Song is also one of the most in-demand product endorsers in Korea and has done many TV commercials over the years. She has been a spokesperson for popular brands such as Laneige, Levi’s (Lady style), Etude, Whitea, Aritaum, Innisfree, Woongjin, Roem, McDonalds (Ice Cream), FHM and Vivien Bra.