Coach, Inc. is a luxury American leather goods company that got its start manufacturing small leather goods. Nowadays, Coach is best known for its handbags as well as items such as luggage bags, briefcases, wallets and other novelty accessories. In recent endeavors, Coach has been teaming up with famous artists to create limited edition collections. In 2012, artist and illustrator Hugo Guinness produced a collection of art-inspired leather and canvas illustrated bags and accessories for men. This led to collaborations with award-winning jewelry designer Tony Duquette as well as Chinese artist Zhang Lan. Due to the success of these collaborations, more are anticipated to come. Coach ranks within the luxury category but its products are economically prices compared to many high-end brands. Its bags can range from about 600 yuan to 15,950 yuan (about $95-$2,500) in China. 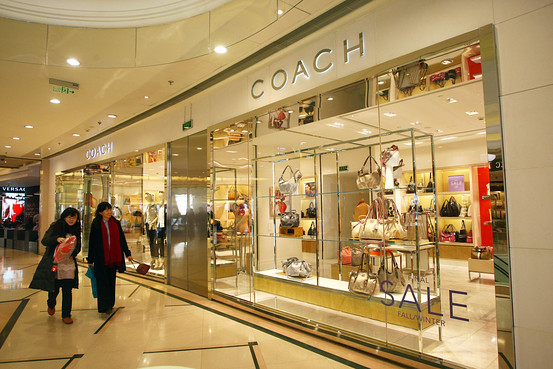 China continues to be a strong opportunity for growth for Coach as it currently holds a 5% market share in a $2.5 Billion luxury handbag and accessory market (as reported by Coach in its most recent conference call). The New York-based company said it is on track to reach $300 million in sales in China by the end of 2011 and aims to reach $500 million in sales in China by 2014. In 2010, Coach posted $185 million in revenue in China. For the latest fiscal year, Coach’s global revenue totaled $4.16 billion. China is already Coach’s fastest-growing market and is expected to contribute 20% of the company’s total global luxury handbags and accessories sales (up from the current 10%) within the next few years. Coach also reported a major rise in sales in the $4 billion men’s premium bag and small leather goods sector in China. The company hopes that contributions from this sector will rise from the existing 4% to 10% of the total company sales within the next couple of years.

Coach plans to have 71 stores in operation in China, Hong Kong and Macau by the end of the year. According to Victor Luis, president of the Coach retail international business unit, the company also is looking to establish a greater number of stores in China. Coach plans to open 30 new stores, particularly in second- and third-tier cities like Nanning and Urumqi. As part of its China strategy, Coach is concentrating on the ever expanding Chinese middle class by opening shops in second and third tier cities. Many of the stores that Coach has already opened in these smaller cities are performing well because they are the “first imported luxury accessories brand” to open shop in these cities.

Coach’s marketing strategy is similar to the marketing strategies of other luxury brands in China. However, Coach does not yet have an e-commerce site for Chinese consumers. Jonathan Seliger, president and chief executive of Coach’s Chinese operations, stated that the current focus in China is brick-and-mortar retail, adding that they will explore online retail in the near future. The company is also using actress Gwyneth Paltrow as a spokeswoman for the international market in hopes of building more recognition. Coach has a 6% market share in China, according to the company. Other brands leading the handbag market include Gucci and Louis Vuitton.

The Wall Street Journal reported that the handbag, accessories and leather goods manufacturer is pressing forward despite signs of slowing gross domestic product (GDP) growth amid weakened demand for China’s exports. The belief among Coach’s senior executives must be that the Chinese economy will continue to grow at a steady pace despite Beijing’s effects to tame inflation and the continued unease in economies abroad.

Chinese celebrities taking fierce legal actions against right infringement: what brands should look out for when collaborating with celebrities

Next steps in the Chinese Wedding industry: Customization, one-stop shops, and live-streaming reform the wedding market

The inebriating atmosphere of the bar industry in China